If you face any kind of violence call us

If you face any kind of violence call us

The Stories of Sahas

Jan Sahas means ‘People’s Courage’. We are a 20-year-old community centric organization working intensively in 14000+ villages and urban areas of 57 districts across nine states of India. Our work is centred on the most excluded social groups— migrant workers, manual scavengers, survivors of gender-based violence, trafficking and commercial sexual exploitation of children; landless households, single women, malnourished children and adolescent girls.
‍
Our core focus lies in two areas— safe migration and workers’ protection; and prevention of sexual violence against women and children. To provide holistic and comprehensive support to the communities we work with, we have developed cross-cutting interventions on livelihood and skill development, legal support, mental health, land and property rights, early childhood care and education and incubation of community-based organizations. Our ‘PR-3’ model on Prevention, Response, Rehabilitation and Reform in system to ensure our engagement at all levels with a bottoms-up approach from grassroots to policy level.

Jan Sahas has worked extensively in the comprehensive identification of manual scavengers through surveys, research, creation and implementation of effective strategies in lieu of the “The Prohibition of Employment as Manual Scavengers and their Rehabilitation Act 2013”. It has also created alliances with government stakeholders. The fight for justice for manual scavengers is deeply tied to the right to live with dignity. This basic yet revolutionary ideal is at the heart of the spectrum of transformative actions of the organisation.

Manual Scavenging is an extreme form of forced labour. Jan Sahas has been working with a range of at-risk groups that fall under the umbrella of forced labour - Child labour, Construction site workers, Brick Kiln workers, and Agricultural Labour.

According to the 2011 Census, there are 139 million internal migrants in India, out of which 120 million migrate for labour work. Migration exacerbates the vulnerability of labourers in multiple ways. They migrate in expectation of a better quality of life but once they arrive, they are lost in a slew of problems in the unorganised sector. The workers are underpaid and isolated, have limited support systems, face long working hours and hazardous working conditions.

Jan Sahas has been closely working with migrant workers and vulnerable communities for over a decade. At present we are connected with more than 66,000 migrant families and we understand the needs of these communities.

Over the years, through consistent engagement with at-risk communities as well as other stakeholders the organisation has evolved a holistic framework for intervention. The PR3 model - Prevention, Response, Rehabilitation, Reform &amp; System Transformation - captures the multi- layered and cross-functional approach of the organisation.

With our experience of working at the grassroots for over two decades, we have developed six cross-cutting approaches to strengthen our work on safe migration and workers’ protection; and prevention of sexual violence against women and children.

Prevention of Sexual Violence against Women and Children

Fellowship and Incubation of CBOs

Sexual violence against women and children

compensation received by survivors from the government

women enabled to leave the inhuman practice of manual scavenging 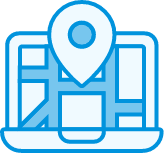 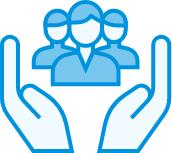 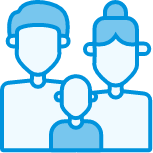 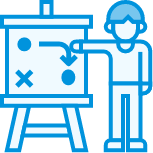 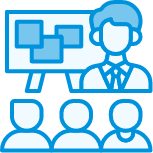 survivor children have been connected to education 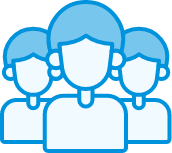 workers have been
connected to entitlements

trainings and workshops with government stakeholders

By the virtue of being a community led - survivor centric organisation, our approach and strategies have evolved as our understanding of ground realities of the vulnerable communities has deepened over two decades of our intervention Our holistic ‘PR-3’ model aims at reducing prevalence and empowering individuals with a last mile bottoms-up approach to create sustainable impact.

Reform and Transformation of system